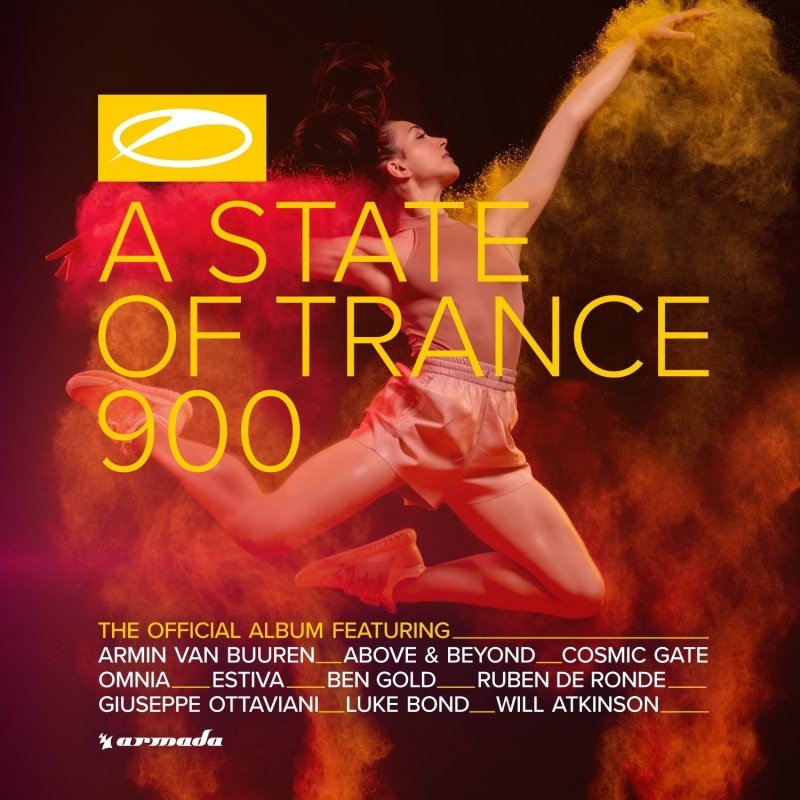 Release text:
To attempt to capture the essence of 900 amazing episodes in one single album is a task so daunting it scares away even the bravest. Luckily, Armin van Buuren is never one to shy away from a challenge. Hours and hours he spent selecting the records that embody the true spirit of A State Of Trance, the tunes that make Trance fans from all over the world frantically hold their breaths. His diligence can be heard all throughout this album, and it’s here now: ‘A State Of Trance 900 (The Official Album)’.
With a grand total of forty records, ‘A State Of Trance 900 (The Official Album)’ ties in perfectly with the new milestone and the ASOT 900 events set to take over the globe throughout the year of 2019. Including phenomenal cuts from the likes of Above & Beyond, Armin van Buuren, Ben Gold, Cosmic Gate, Estiva, Giuseppe Ottaviani, Luke Bond, Omnia, Will Atkinson and more, the album is exactly what the loyal Trance crowd hoped for: an exhaustive selection of tracks that shows that Trance music is here to stay.