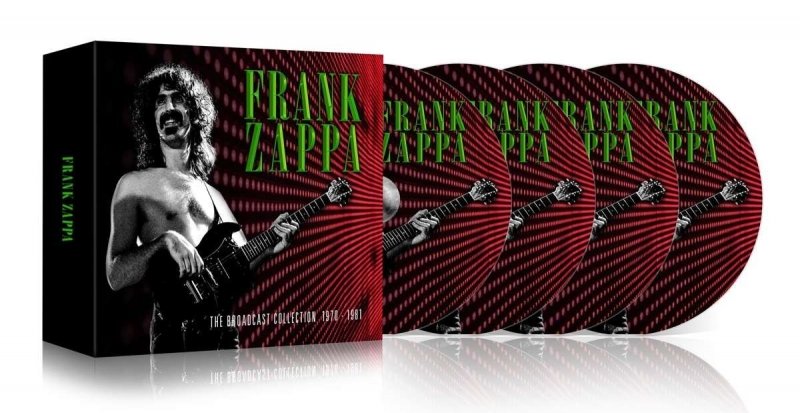 Frank Vincent Zappa was an American musician, composer, activist and filmmaker. His work is characterized by nonconformity, free form improvisation, sound experiments, musical virtuosity, and satire of American culture. This broadcast collection contains 5 CDs with live material between 1970 and 1981. Including a live radio broadcast recorded at VPRO FM in 1970 and a concert at Ahoy Rotterdam in The Netherlands in 1980. This collection also contains the classic New York Ritz broadcast in 1981.