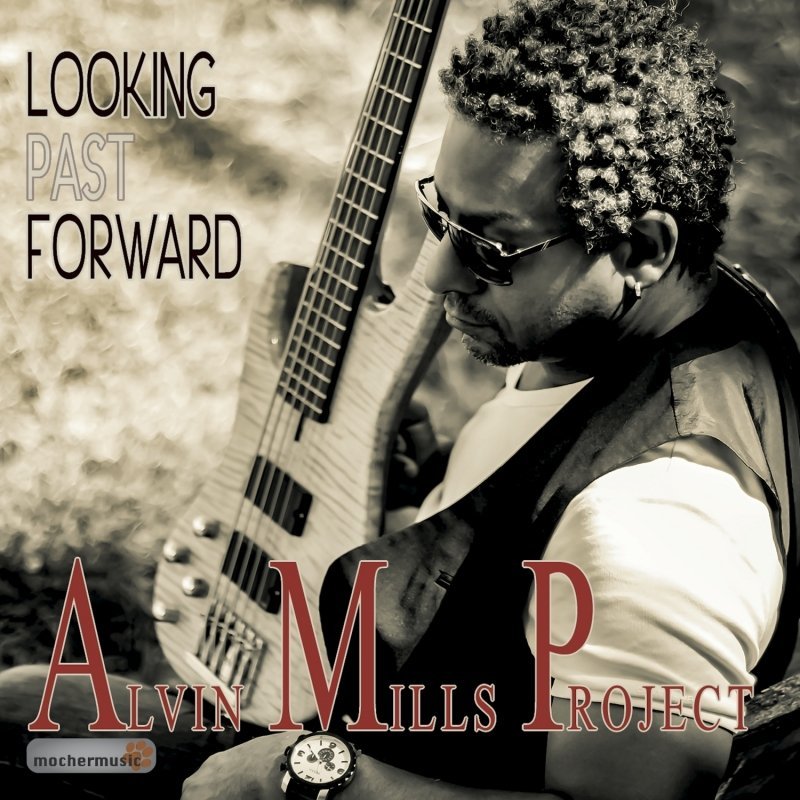 The programmatic album title has a deeper meaning: on his secondsolo CD LOOKING PAST FORWARDbassist Alvin Mills takes stock ofhis musical and personal biography. Looking back and into the futureat the same time, scenes, landscapes, experiences and milestonesof Mills‘ life take shape and pass by in twelve punchy originals. Sometimes vivacious and full of energy, sometimes reflective and thoughtful, Mills catches moods and emotions, thus presenting a very personal, intense and atmospheric album. When asked by music journalist Scott Gross what his second album says about him as an artist or individual, Alvin Mills‘ response was “A progression and musical maturity.“ On his previous album KEEP YOUR HEAD TO THE SKY (released 2010 on intergroove) allrounder Mills could already impressively show his skills as a composer, musician, producer and arranger. Now, six years later, the time had come for the sophomore album, capturing and demonstrating his further artistic development.Born in 1968 in Fort Knox/Kentucky and raised in Selma/Alabama Alvin Mills has imbibed Blues, Gospel and Jazz from his earliest infancy just as well as Soul, Funk and Rock. Even as a young boy he played the drums in the band of his local church and was touring Alabama, Mississippi and Florida with this group. One fateful event started his career as a bass player: The band‘s bassist had quit before and the bandleader asked little Alvin - not really expecting anything - to sub on the bass part. To everyone‘s surprise Alvin could play the instrument (which he had never held in his hands before) like he had been playing bass all his life. Mills has continued to be a multi-instrumentalist till today. On LOOKING PAST FORWARDyou can hear Alvin not only as a bassist but also on drums and on keyboards and as a percussionist.On this album Mills is surrounded by his own band (the Alvin Mills Project „AMP“), featuring Arno Haas onthe saxophones, Rainer Scheithauer on the keys and Stephan Schuchardt on drums. The Quartet is joined by great guest musicians: Uwe Metzler on the guitar, Sevan Gökoglu on piano/keyboards and organ and US soul singers Charles Simmons, Alisia Harris und Ellliot.

Tracklist
1 Run And Tell That 2 Lakewood 3 Come With It 4 Ur Slick 5 Beverly 6 Family 7 Redland 8 Something in the Milk Ain't Clean 9 Maggie Lee 10 Speakeasy 11 The Streets of East Selma 12 The Speedy Bounce
Delen
Delen op social media: