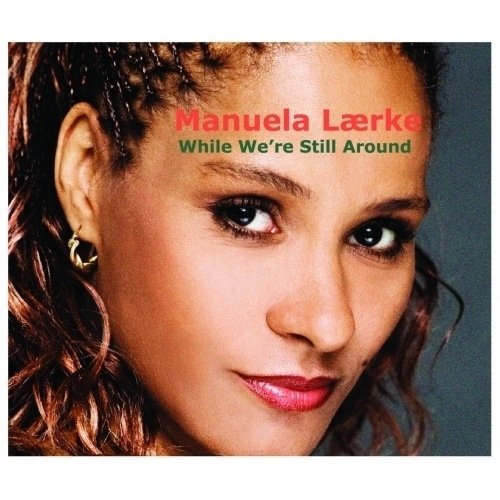 WHILE WE'RE STILL AROUND

”While We’re Still Around”, featuring Bob Rockwell (US) on sax, and Hugo Rasmussen (DK), double bass. Manuela Lærke Group; vocals: Manuela Lærke, piano: Jonas Berg, bass & guitar: Yasser Pino and percussion: Eliel Lazo. This album is a tribute to Richard Boone, Etta Cameron and Ernie Wilkins (RIP), to Bob Rockwell and Hugo Rasmussen whom all in their capacity of teachers, colleagues, friends and mentors, with love and affection, humour and generousity have meant so much to me through my musical career.

Experience: Based on Manuela Lærke’s 25 years of experience, her vocal technique; ”An insight into vocal skills and creativity,” she has become a popular business coach, teaching human resource development and corporate performance workshops as well as giving vocal master classes and lectures to aspiring singers from around the world. Working with choirs holds a special place in Manuelas heart, which is why she often accepts invitations to work and perform with international as well as local choirs. Manuela Lærke has performed with various jazz ensembles, big bands and soul/funk orchestras. She is an accomplished session vocalist and creative writer, having worked both as a musical director on movie conductions as well as being a highly appreciated live vocalist. Throughout her career Manuela Lærke has performed with distinguished artists such as; Etta Cameron (US), Lisa Nilsson (S) and Mariah Carey (US), (the late) Richard Boone (US), and Ernie Wilkins (US) alongside touring with her jazz ensemble “Manuela Lærke Group” and her choirs.