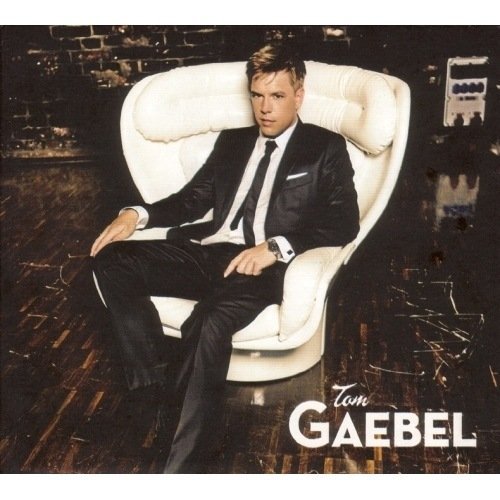 Description
“Those who know me, know that I’ve experienced a lot musically. And it should stay like that. Sure, success came through jazz and swing, but I’m just as pop, rock and of course soul. Those terrific songs and sounds from the 60’s and 70’s – that was always my thing. But that doesn’t mean that I'm planning to suddenly say goodbye to my music from the last several years. Far from it: The spectrum has gotten even broader and I would like to surprise even myself with each new album…”. (Tom Gaebel, September 2008)

He’s the young German star amongst the singers, band leaders and entertainers: Tom Gaebel. Unanimously declared by both audience and the media to be, in finest tradition, one of the legitimate successors of Frank Sinatra, Tom Gaebel – while honored by the comparison – would like to have it put into perspective: “Needless to say, I find such attributes very flattering, but I most certainly don’t want to copy any musical eras or other artists. I’m comfortable with many musical styles – whether traditional or modern. There are of course periods in musical history that I would have loved to take part in, but I’m not all that nostalgic. I like to do a lot of experimenting with music and want to continue to develop further. I’ve simply gone one step further with the new album, and in my opinion it worked out well. We had a lot of fun as well as an intensive, creative and also relaxed time. If this atmosphere comes across in the songs then it was worth it in every aspect.

With “Don’t Wanna Dance”, Tom Gaebel did indeed succeed in recording an excellent third album. The stylistic spectrum of his compositions ranges from intimate bar-jazz to swing to extremely catchy soul numbers that make one think of the great Motown era with the casual effortlessness of their melodies and their brilliant arrangements. His desire to experiment is also the reason behind the classic songs that Tom Gaebel chose for the new album. His versions of “Satisfaction”, “My Baby Just Cares For Me” and “Am I The Same Guy” are sophisticated, stylistically exciting and full of fantasy. And now it’s high time to explicitly mention Lillo Scrimali: The choice of Lillo Scrimali as producer for the new Tom Gaebel album proved to be a very good decision – for both sides. The excellent musician Scrimali, who has worked in the past with such renowned musicians as Die Fantastischen Vier, Joy Denalane, Nils Landgren and Max Herre & Freundeskreis, turned out to be a very congenial partner.
Tracklist
1 Crazy 2 My Baby Just Cares For Me 3 Fool For Your Love 4 So Easy 5 Almost There 6 Up And Alive 7 People Are People 8 Floating Away 9 Am I The Same Guy 10 Easy Life 11 Satisfaction (I Can't Get No) 12 Cruisin' 13 Long Way Home
Delen
Delen op social media: