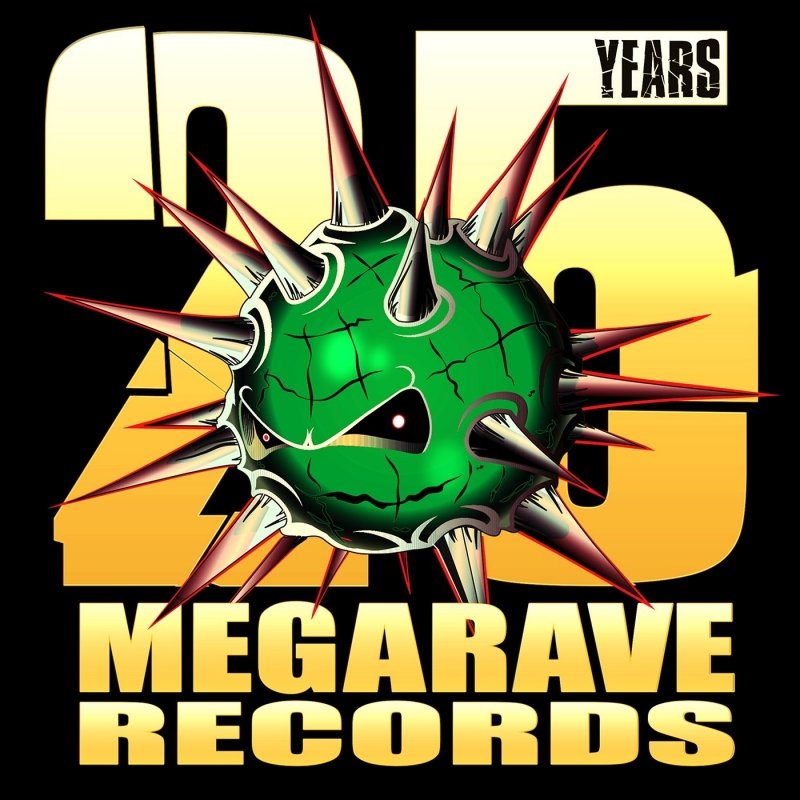 25 years ago the MRV001 was released, I’m a gabberbaby by the Hardheads was a straight up gabber anthem that rocked the raves worldwide. This release was the first of many. Megarave Records released tracks by Rotterdam Terror Corps, Dione, Dr. Z-Vago, Paul Elstak, Distortion, Chosen Few, Headbanger, Kasparov, Partyraiser, French connection, Dr. Macabre, Ruffneck, dj D, Leviathan, Darkcontroller, Roughsketch, Chrono & The Demon Dwarf, dj Delerium, Alienator, Triax, Tieum and many more. To celebrate this fantastic anniversary we looked up what vinyls we released during these last 25 years and created with the help of some Megarave Records artists a special tracklist that reflects the power of Megarave Records. Some tracks are not even released on digitals like Spotify so if you are not familiar with the history of hardcore, just listen to this compilation and get ready to be surprised in a good way. All the tracks on this compilation were once on vinyl. Our next compilation will feature the digital hardcore age with some surprising tracks and remixes.