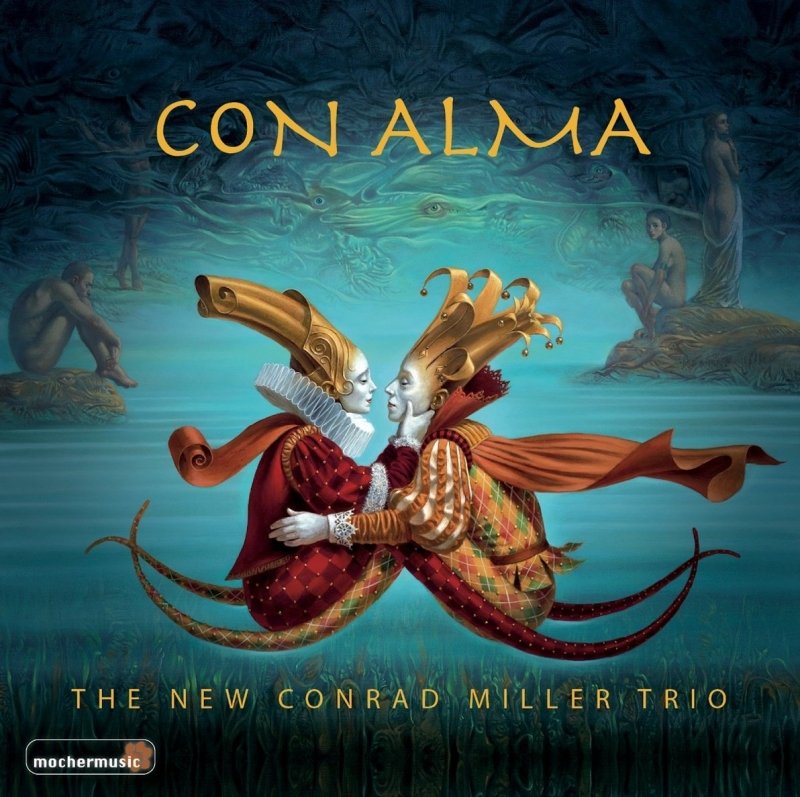 CON ALMA is the new and already 3rd album of THE NEW CONRAD MILLER TRIO, presenting 14 originals by pianist Coen Molenaar and bassist David de Marez Oyens. The album title refers to a composition by Dizzy Gillespie on his LP ‚AFRO‘ (released in 1954). It were the early days of Latin Jazz, with jazzy harmonies flavored with South American rhythms - one of the most recognizable trademarks of The New Conrad Miller Trio. But the most important reason to name their new album ‚Con Alma‘ is the long enduring friendship among the members of the trio, in ‘Music & Soul’. Just as SOUNDING SILENCE, the previous album of the trio, CON ALMA was recorded and produced in-house by Coen Molenaar and Patrick Tompert at Rossinistudios in Stuttgart/Germany, the label‘s own studio. Also availeble in LP included 10 songs. €13,95 EAN:8718403107333  / RTNR: MOMLP - 30