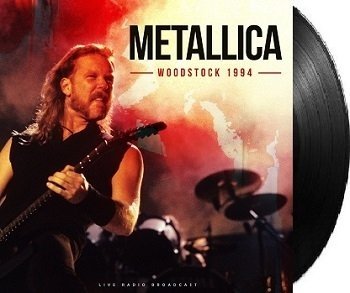 Metallica is an American heavy metal band. The band was formed in 1981 by vocalist/guitarist James Hetfield and drummer Lars Ulrich. Metallic a is one of the founding big four bands of thrash metal due to their fast tempos, instrumentals and aggressive musicianship. The band consists of four members, the two founders, and guitarist Kirk Hammett and bassist Robert Trujillo.

Tracklist
Side A 1. Breadfan 2. Master Of Puppets 3. Wherever I May Roam 4. Fade To Black Side B. 1. One 2. Enter Sandman 3. Nothing Else Matters
Delen
Delen op social media: