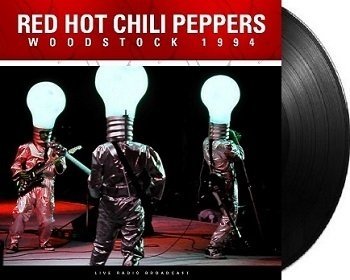 Red Hot Chili Peppers are an American rock band formed in Los Angeles in 1983. The group's musical style primarily consists of rock with an emphasis on funk, as well as elements from other genres such as punk rock and psychedelic rock. When played live, their music incorporates elements of jam band due to the improvised nature of many of their performances

Tracklist
Side A 1. Grand Pappy Du Plenty | Give It Away 2. Suck My Kiss 3. If You Have To Ask 4. Blood Sugar Sex Magik 5. Warped Side B. 1. Organic Anti Beat Box Band 2. Higher Ground 3. Aeroplane 4. My Lovely Man 5. Under The Bridge
Delen
Delen op social media: